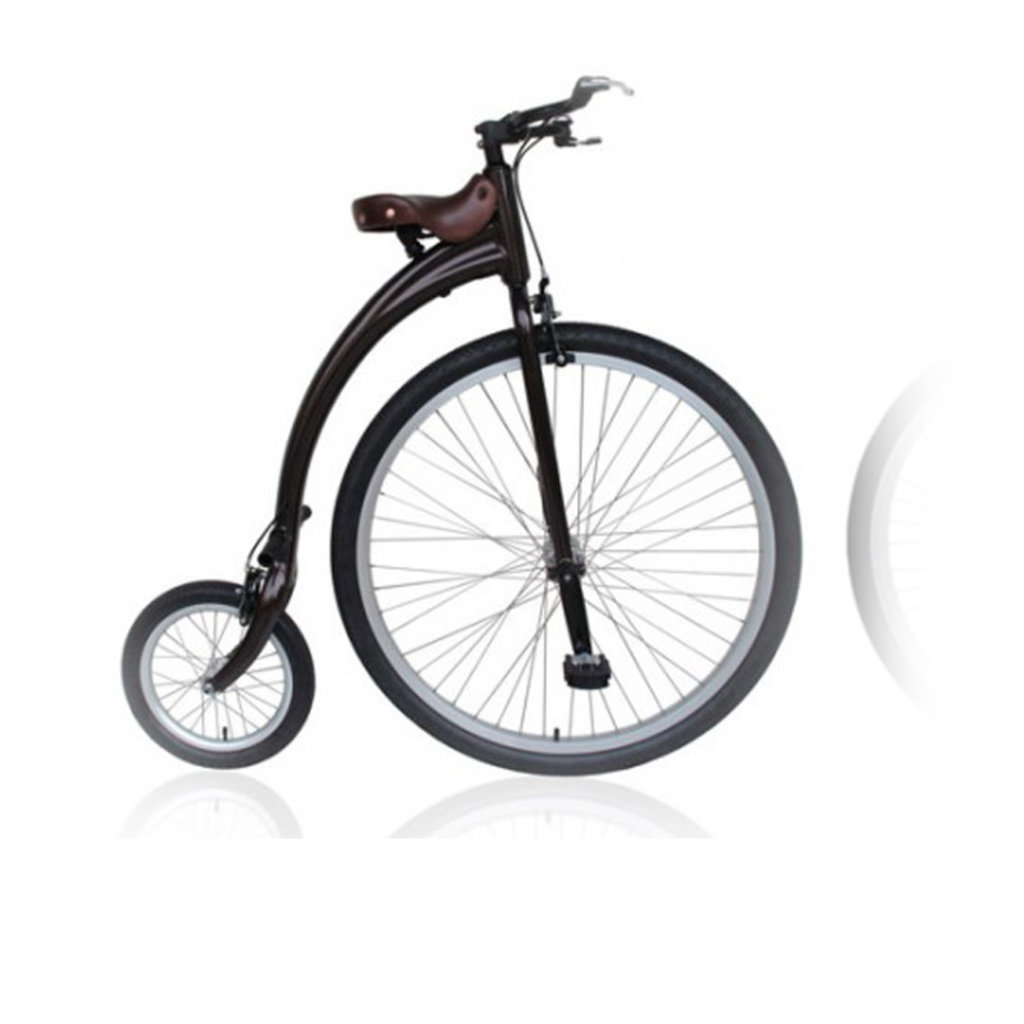 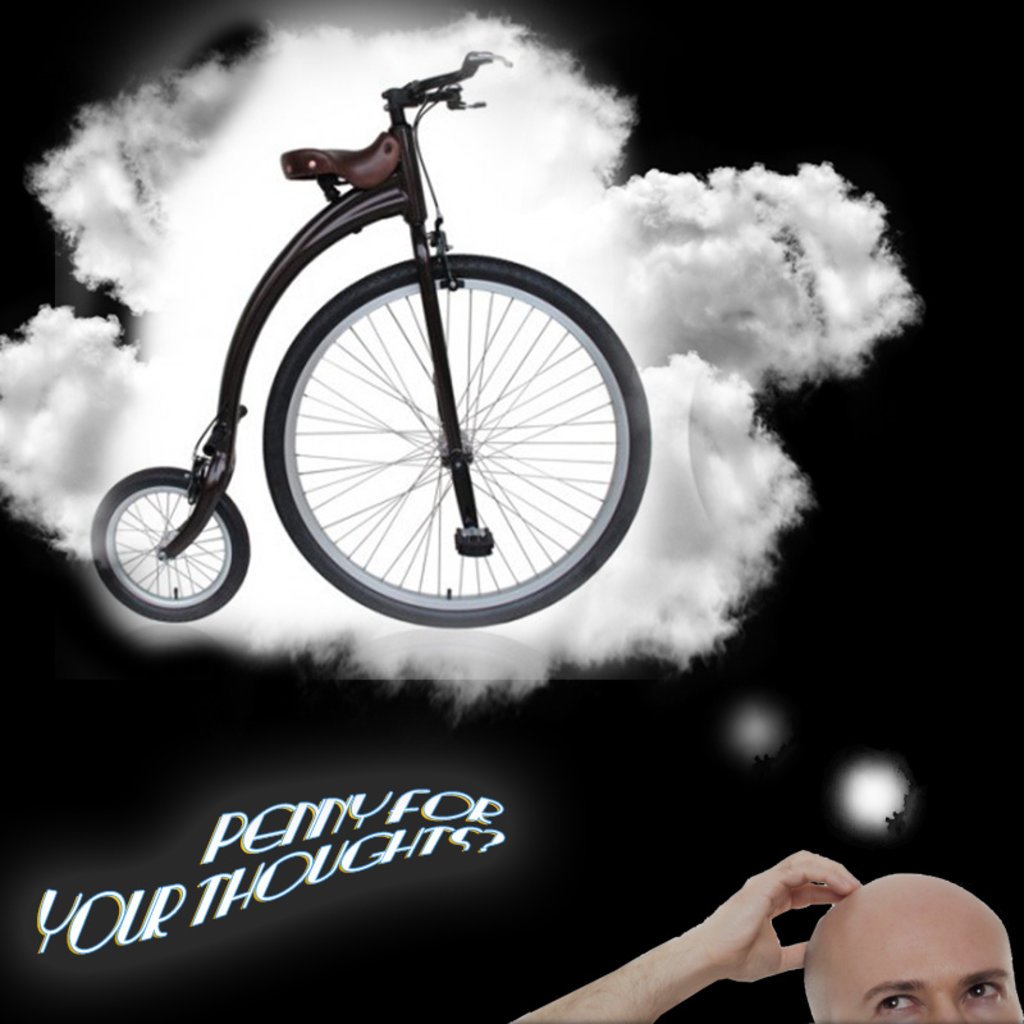 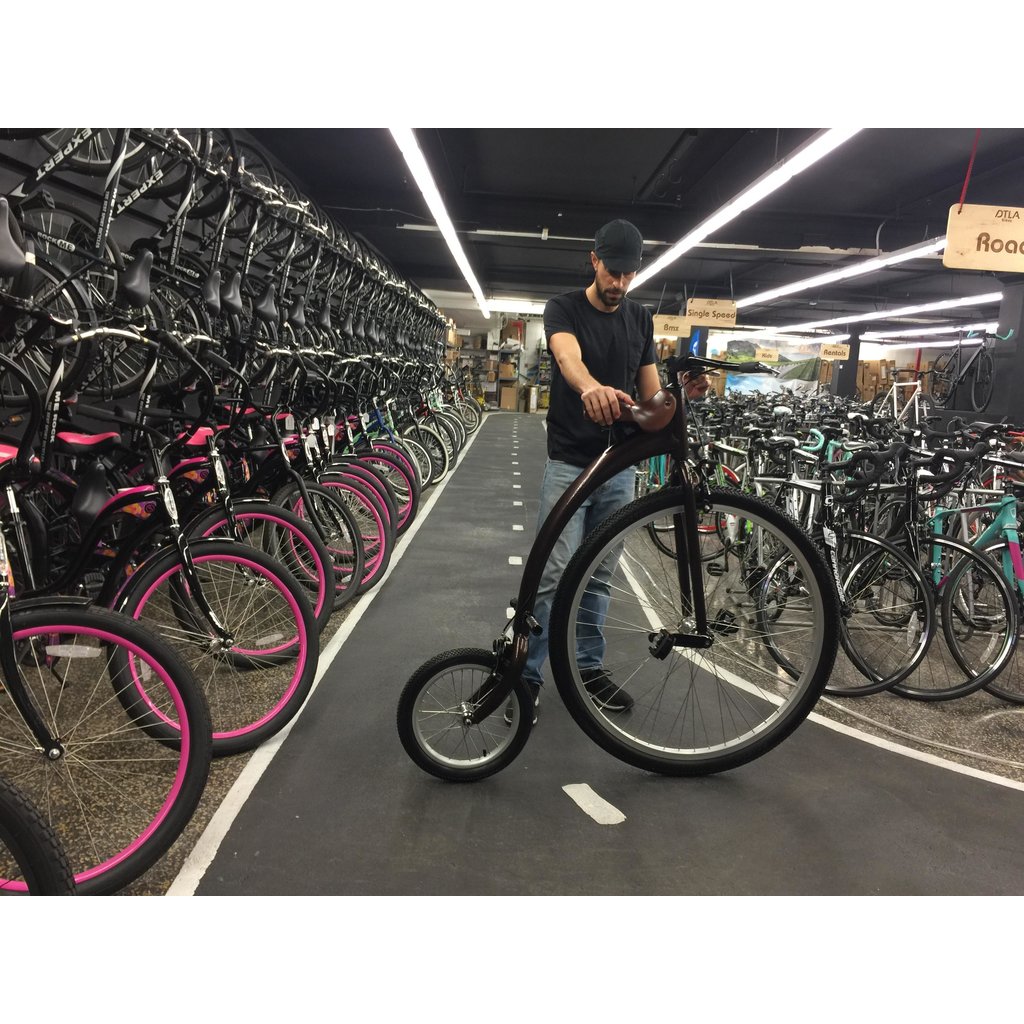 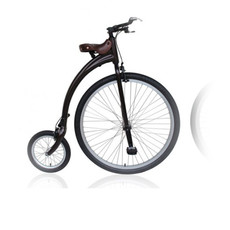 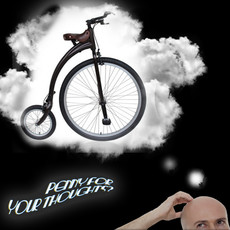 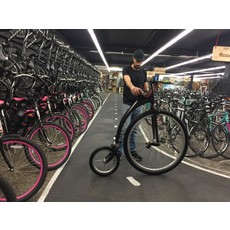 The first Penny farthing was invented in 1871 by British engineer, James Starley (in the photo up there). The Penny Farthing came after the development of the 'Hobbyhorse', and the French 'Velocipede' or 'Boneshaker', all versions of early bikes. However, the Penny Farthing was the first really efficient bicycle, consisting of a small rear wheel and large front wheel pivoting on a simple tubular frame with tires of rubber. 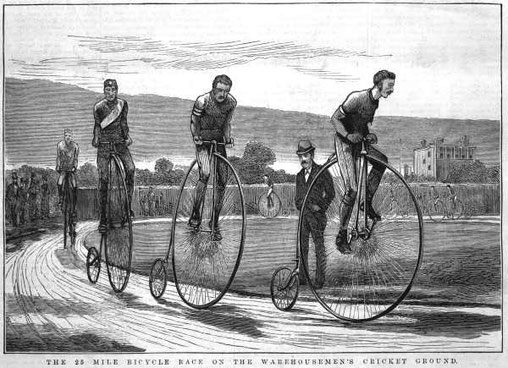 High wheel races were common in the 19th Century, there are only four races of this kind that now occur around the world.

Collectors and restorers have salvaged thousands of antique bicycles and preserved large quantities of bicycle memorabilia, literature and other valuable materials of the golden era of cycling. Many Wheelmen have built outstanding collections of cycles that rival the best of museums. For more information regarding the Wheelmen and how to become a member, please visit The Wheelmen Homepage.

We are here for you! 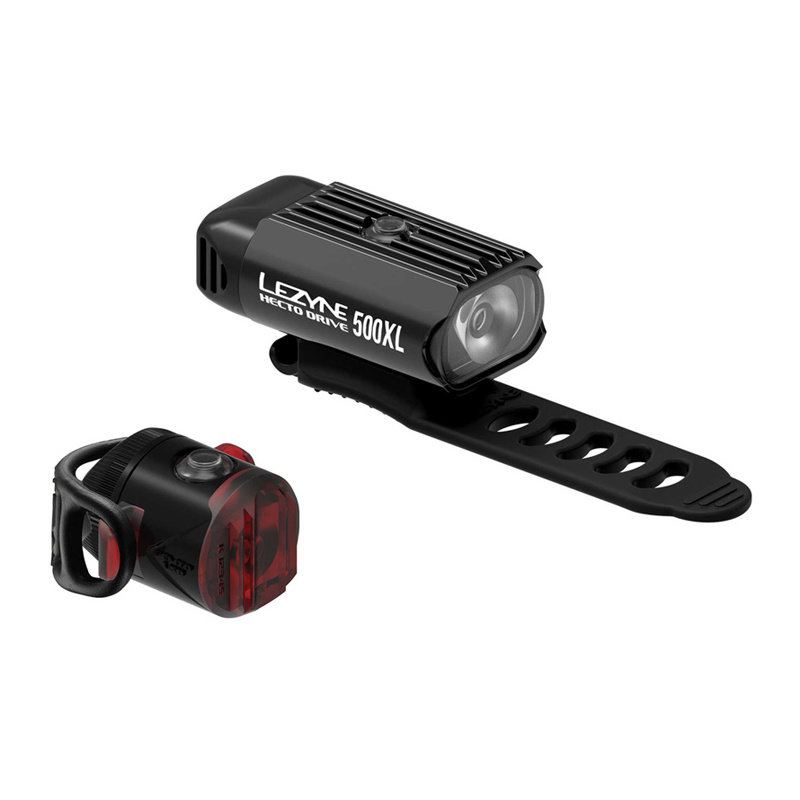